This Magic Combo Will Fix Your Peeling Nails 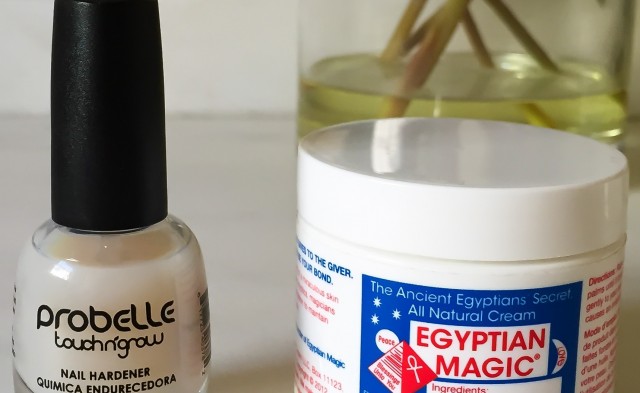 Finally, a cure for peeling nails that actually works! If you are addicted to Shellac or gel nails like I am, then you are all too familiar with the toll it takes on your natural nails. For years now my nails have been peeling, chipping, and very weak, even after I take a break from Shellac for months. Eventually I give up and get back on the Shellac train again because my nails look so pitiful without it. Sound familiar? Well, now I found a magic combination that actually cured my peeling nails! It’s incredible– I can’t believe I finally found something that works. Read on to find out how to fix peeling nails: 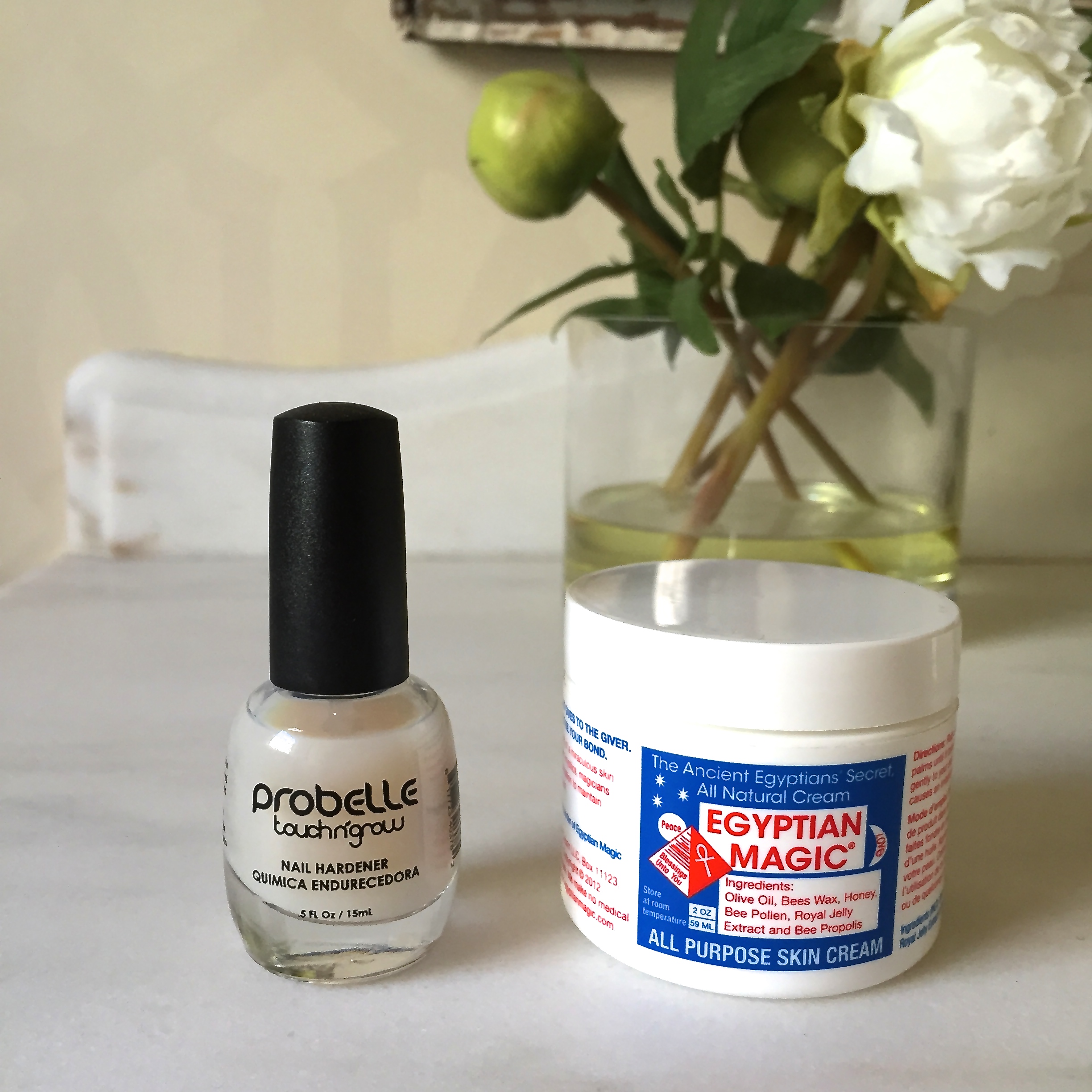 I have tried nearly everything to fix my weak, peeling nails. Over the years I have tried Nailtiques (both formulas), OPI Nail Envy, several products from Sally Hansen, and untold numbers of cuticle creams and oils. Nothing has fixed the peeling. I had just about given up until I discovered Probelle Touch N’ Grow Nail Hardener on the Belle Belle Beauty blog. Now, I’m usually skeptical that a blog post is sponsored by the cosmetics company and the blogger is just looking for something nice to say (not the case here on the BeautyNow Blog, of course!), but I did further research and the reviews on Amazon and Makeup Alley were consistently very good. And for $14 on Amazon Prime, I figured, what the heck, I will try this.

The Probelle instructions say to apply a thin coat every day, and then remove and start over after a few days. I found that I applied it 3 or 4 days and then it started to look a little yucky so at that point I would remove and start over. I was very happy with the shiny look of the Probelle and how quickly it dried. In the past when I have tried other strengtheners like Nailtiques, I felt like it looked yellow-y and unattractive, but Probelle instantly makes your nails look super-shiny, and little more pink and healthy. 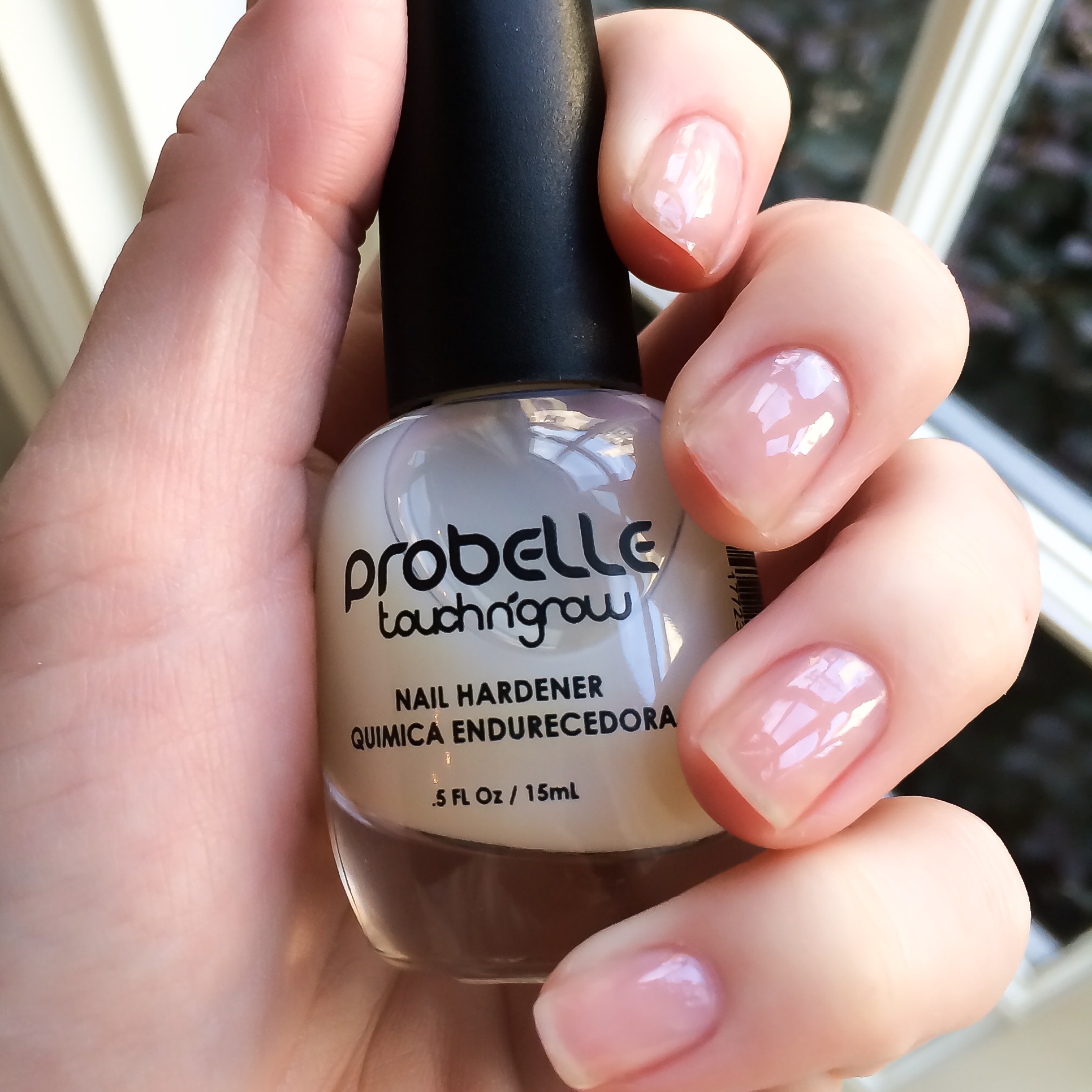 The hardest part of this whole process was forgoing #manimonday for three weeks! I looked longingly at Instagrammers and their fabulous nail art, and coveted the vampy nails of my friends. But I was determined to stick with it! Finally after three weeks, I stopped wearing Probelle and just left my nails bare. Because, as you probably know, the real test is when your nails are bare! Amazingly, after the Probelle my nails are 99% PERFECT! I still have one tiny peeling part on one nail, but it is a vast improvement over their previous state. And I’m just so impressed with how healthy overall they look– the whites are SO much whiter (probably because the nails are thicker), and they look shiny, smooth and pink. Amazing! 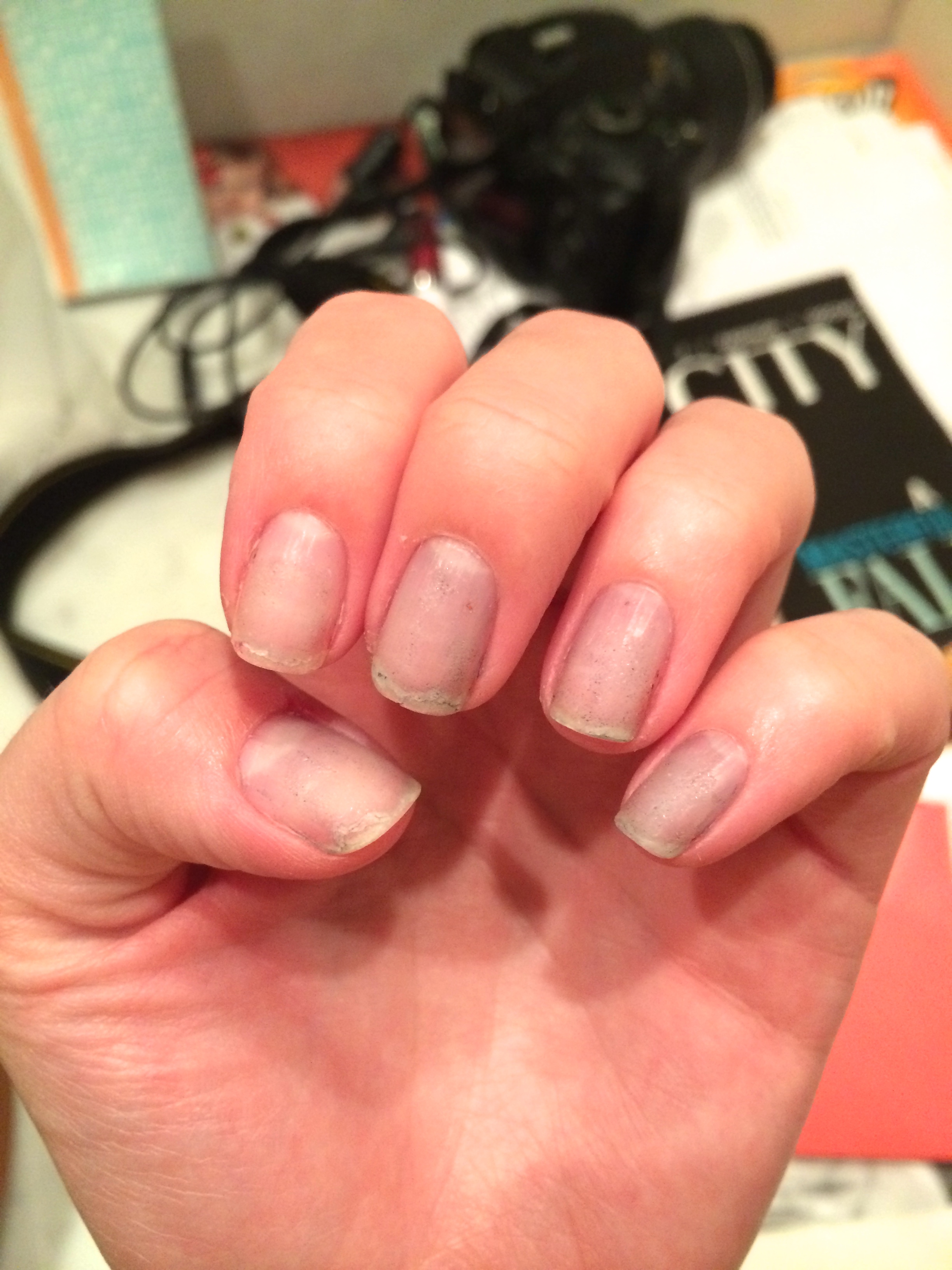 After using Probelle for 3 weeks: 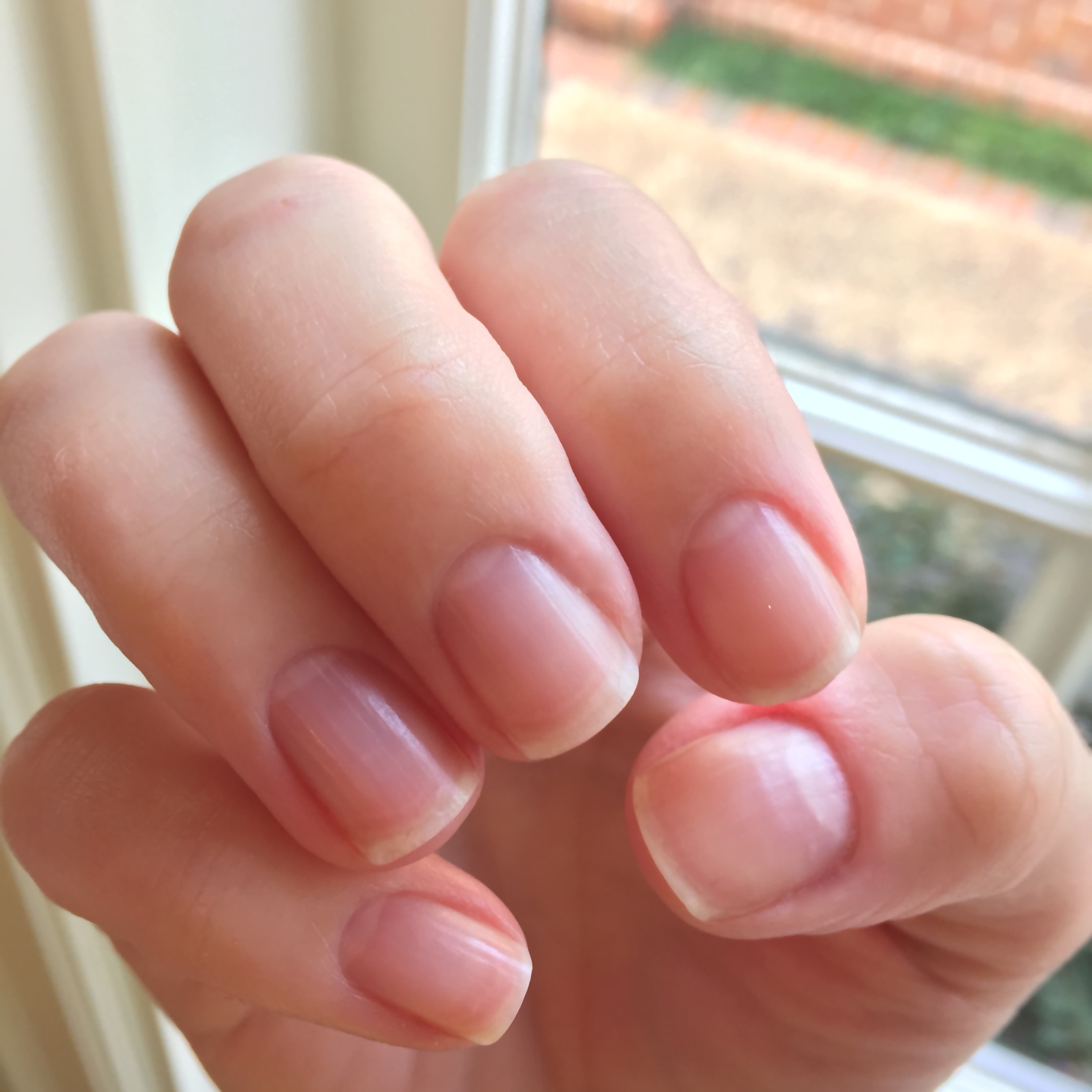 So much better! Now, I have to admit that guilty of pulling too many “levers” at once– I wouldn’t be a very good scientist! Around the time I started the Probelle, I also ordered the cult-favorite Egyptian Magic All Purpose Skim Cream on Amazon. According to this article from Birchbox, a legion of glowy-skinned celebs like Kate Bosworth and Eva Mendez slather their faces and bodies with Egyptian Magic balm on the regular. It doesn’t seem to be the sort of stuff I would put around my eyes, but we should probably do anything Kate Bosworth tells us to do.

At first I was not that impressed with the Egyptian Magic, an all-natural balm that you warm up in your palms to thin it into an oil. The only ingredients are olive oil, beeswax, honey, bee pollen, and royal jelly extract, and it smells overwhelmingly olive-oil-ish. I did not find it to be very moisturizing at first, and it seemed more oily than hydrating. But I kept it in my desk drawer and applied it to my hands and really worked it into my cuticles after every time I washed my hands. After a couple days I think it really made a big difference in the condition of my nails and cuticles and the overall softness of my hands. I am definitely an Egyptian Magic convert!

So I can’t definitively tell whether it was the Probelle alone that cured my peeling nails, or if it was the combination of the extra moisture from the Egyptian Magic. My advice to you would be to order both the Probelle Touch N’ Grow and the Egyptian Magic Cream from Amazon immediately and try it for three weeks. Also, another piece of advice: if you insist on getting Shellac the next time you book a manicure on the BeautyNow app, you should consider bringing your own CND brand Shellac base coat and top coat with you (available for purchase here). The CND brand Shellac is actually fairly easy to remove, but many nail salons use a no-name gel base underneath the Shellac color, which makes it more difficult to remove. And I think it is the removal process of soaking in acetone and harsh scraping that really damages your nails. So maybe consider toting your own Shellac base and top coat next time you visit the nail salon. 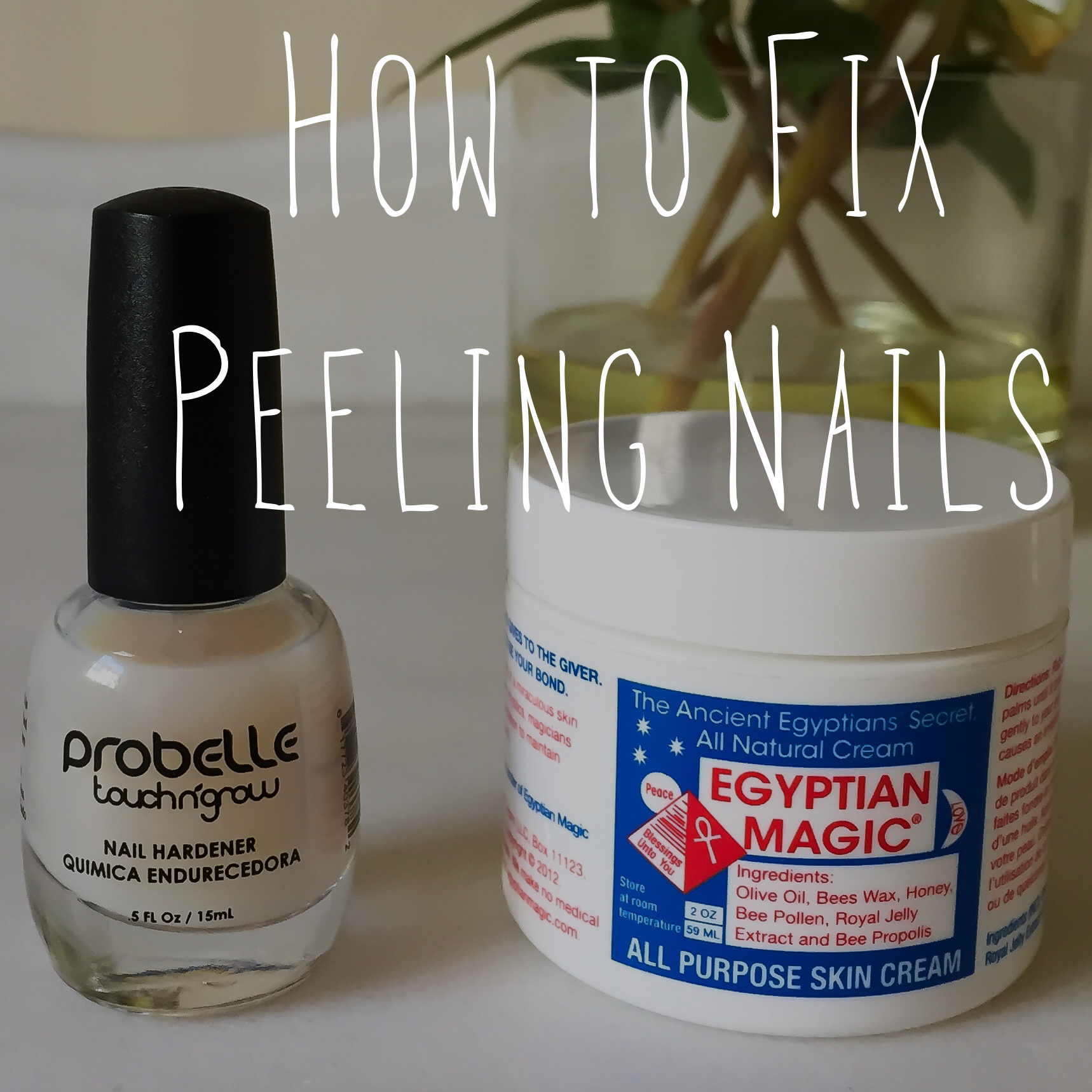 I hope the Probelle + Egyptian Magic combo works miracles for you too! 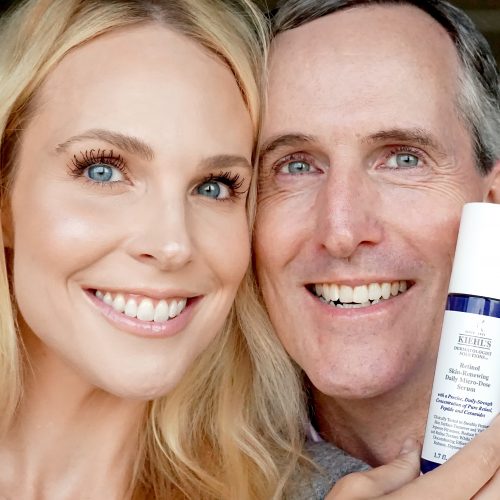 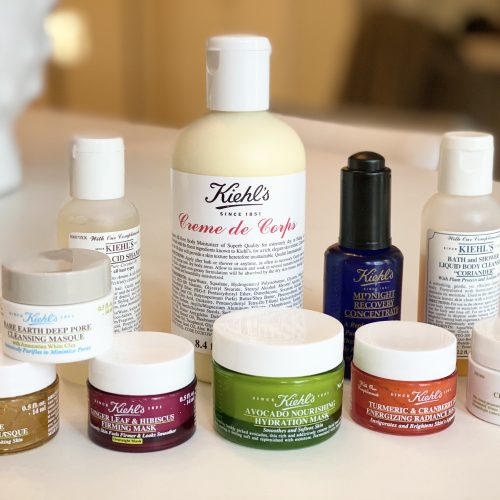 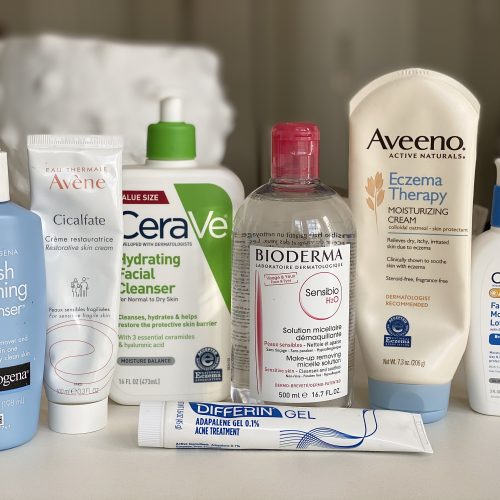 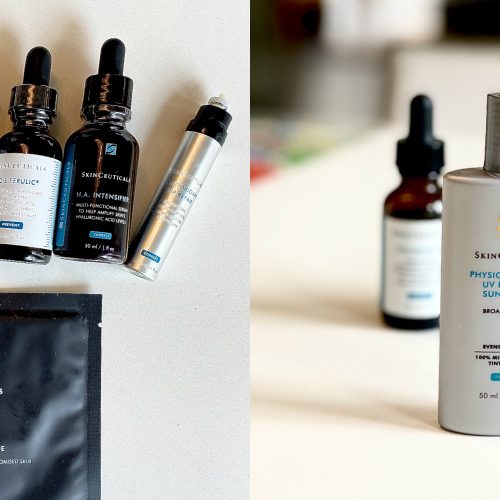 Bringing that big PUPPY energy!!! Picked up our re

Y’all. Living Proof is going to make so much mon